In Defense of “Slice of Life” Stories 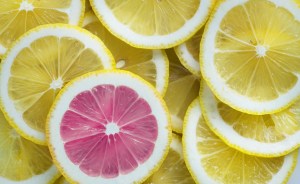 When I was in college, I insisted that any poem worth its words would have a strong idea behind it–something it wanted to communicate to the reader. I still think that, but I’ve broadened my definition of what an idea is.

Many poems attempt to communicate an impression or an emotion. A poem about nature might not be intended to communicate “here is an intellectual idea about nature,” but instead “this is what it looked like through my eyes” and “this is how it felt.” Fine art landscapes can be like that, too. They depict a place at a time, both transient, through the eye of the painter (where the eye of the painter may figure more or less into the image, depending on whether it’s a realistic painting, etc).

What this makes me wonder is–why are we so dismissive of this in fiction? Plots are excellent; ideas are excellent. But what’s so wrong with a slice of life, that we refer to it with distaste? Why can’t fiction be about rendering transient, momentary emotions? Why do we demand they always be in the context of a plot?

I expect this is a historical artifact of genre expectations for fiction. I think the prohibition against plot-less fiction is stronger in science fiction & fantasy circles, but it’s definitely something I’ve heard reinforced in more academic or literary spaces.

One factor that occurs to me — is this influenced by how we imagine the role of the author in fiction, versus in poems or paintings? A poem is not necessarily written from the perspective of the poet, even when there’s an “I” at the center of the verse. Culturally, however, the belief that a poet is the narrator of their own poems is so strong that in every poetry workshop I’ve been in (I’ve never been in one on the graduate level), the teacher has to remind people at least a couple of times that the assumption they’re making about the narrator’s identity isn’t necessarily true.
Paintings, also, are generally seen as being rendered by oneself. This doesn’t have to be true either–the artist’s eye doesn’t have to be the one that observes, and the painting doesn’t have to render what the artist would see. Our narratives about painting speak even more strongly against the idea that they are filtered through a perspective other than the painter’s, and it’s not hard to see why — we think about painters bringing models into their studios, or taking their canvases out into the open air to paint the mountains. Even less realistic work tends to be narratively fitted into the idea of painter-as-observer–for instance, the way we talk about the artistic work of people with mental illnesses (for instance, Van Gogh), suggests that the ways in which the artist’s vision differs from the objective eye is integral to their “madness”–that they literally see the world as they paint it.

I think we culturally acknowledge that life rarely has an actual plot or shape to it. Poems and paintings are more easily classified as themselves slices of life, so when they omit plots, that is consistent with our expectations from them. There’s more room in memoir than fiction for this sort of thing also (although it can be contentious), wherein the writer is expected to be relating something of themselves.

Fiction is seen as more of a pretense, I think. And while there’s a general acknowledgement that life itself fails to be narratively tidy or have plots, most people seem to expect that if you’re going to go to all the work of building a pretense, you should make it more aesthetically tidy than life.

Without taking anything away from plot- and idea-driven fiction (my personal bread and butter), I think that closing off the possibility of slice-of-life stories makes our body of literature weaker. I want authors to have access to a full range of tools so I can read what they build.

This entry posted in Essays, Writing Advice. Bookmark the permalink.

5 Responses to In Defense of “Slice of Life” Stories