New Story: “Between Dragons and Their Wrath”

February is always one of the busiest months for me. This February was so busy that I didn’t remember to click “post” on the entry I’d written about my new story in Clarkesworld Magazine, “Between Dragons and Their Wrath.” I wrote it with my former student, An Owomoyela.

Fourteen-year-old Domei lives in a world jagged with the dangerous, magical scraps from someone else’s war: 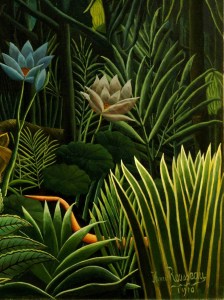 In the forest, scales are most common. If they cut you, the cut will never stop bleeding.

As for me, I was harvesting scales. With a scale, you can till the land faster than anyone using an iron hoe. You can butcher meat in a tenth the time it takes to use a knife. There are good things about dragon leavings, and for those good things, I usually get paid enough to eat.

Scales are common. Everyone knows about those. It was something else that got me.

This story began with a draft An wrote years ago. Last summer, they handed it to me, and I worked on the plot and characters. It was interesting starting with material that wasn’t mine, trying to understand the inside of the story enough to be able to continue and enhance the work that’s already there. I don’t think of An and myself as particularly similar writers, but I think we may approach structure the same way. It’s easier for me to put myself intuitively into their stories than it has been for other people I’ve tried this exercise with. (I do hope that some of those attempts will lead to other published stories also.)

Another excerpt (almost totally written by An): 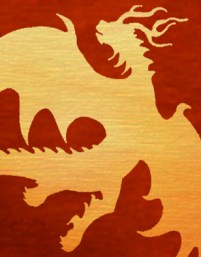 During the war, the Andé slaughtered a big dragon the size of a mountain. They dropped its liver and gall on Hizhang. Bile poisoned the earth, poisoned the air, poisoned the people and the children of the people, and is still poisoning them now. People born in Hizhang have probably never seen a dragon, but they don’t need to.

Every dusk, the cows start lowing from Hizhang. But there are no longer cows in Hizhang.

You see, we were lucky.

The story is also available in audio, narrated by Kate Baker.

This entry posted in Fiction, Mandolin, My publications. Bookmark the permalink.